The Manoir-de-Verdun Residential Centre was merged with other centers of the territory, the CLSC’s and the Hospital of Verdun into a collective entity called the University Integrated Health and Social Services Center of the Southwest of Montréal.

The city of Verdun, through the efforts of its mayor and the council, initially started the Manoir-de-Verdun construction project, a public reception center for seniors in Verdun.

Inaugurated in July 1970 with a capacity of 225 beds, the establishment was invited in 1981 by the Regional Council to present a redevelopment project to better meet the increased number of customers.

Beginning in January 1989, in anticipation of future major works and to avoid transfers to other establishments, users are grouped on 5 floors, bringing the number of temporarily available beds to 130.

The work began in January 1994 and included the complete renovation of the building with additional space for hygiene services (central organization of bathrooms), the development of a new dining room for 20 places on each floor and finally additional spaces for community and rehabilitation activities (physiotherapy and occupational therapy).

To continuously provide alternative living, housing, assistance, support and supervision services, as well as rehabilitation, psychosocial, nursing, pharmaceutical and medical services to adults who, due to their loss of functional or psychosocial autonomy, can no longer remain in their natural environment, despite the support of those around them.

To offer the services of the Day Centre to an external clientele and since a few years ago, the centre offers hemodialysis services.

The organization supports and participates in activities promoting health and collaborates with educational institutions to train health and social services workers and to support the success of clinical gerontological-geriatric research projects. 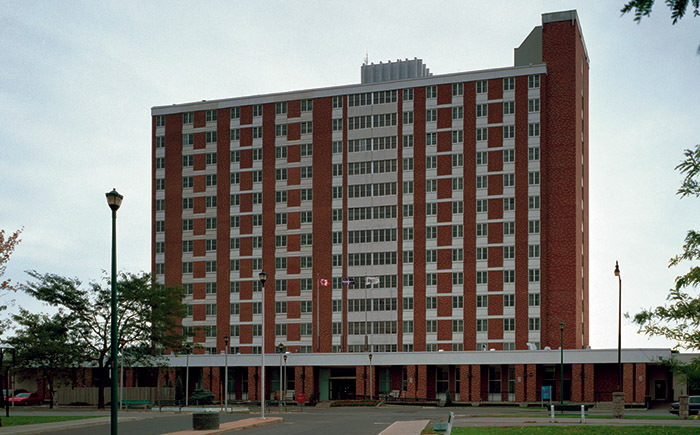 The Manoir-de-Verdun Residential Centre currently has 220 beds for long-term accommodation and one Day Hospital and hemodialysis services.

In terms of services that are particularly useful to achieve strong complementarity, we must point out: